On 12 May 2014, the European Court of Human Rights awarded, for the first time in its history, just satisfaction under Artivle 41 of the European Convention on the Protection of Fundamental Rights and Freedoms within the context of an inter-state complaint procedure under Article 33.

In the case of Cyprus v. Turkey 2014, the Court’s Grand Chamber ruled that Turkey has to pay EUR 90 million to Cyprus in respext of the non-pecuniary damage suffered by the relatives of 1,456 missing persons as well as the enclaved Greek Cypriot resident of the Karpas peninsula. The sums are to be distributed by the Cypriot Government to the individual victims under the supervision of the Committee of Ministers of the Council of Europe. 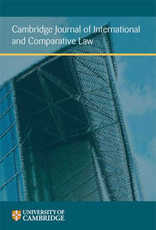